John Kang: Liquidmetal – What Is It And Why Is It Important For The Future? 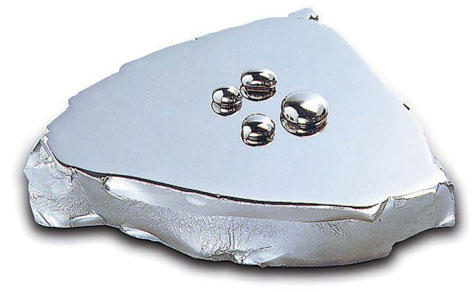 Liquidmetal is quickly taking the tech world by storm as more and more people talk about it every day. This is in part because of the fact that Apple actually bought various patent rights for some Liquidmetal technologies.

People tend to think that this is something new but that is simply because not much was said about it till now. According to John Kang, Liquidmetal specialist, the technology was first introduced in 2003. Since then we have seen it used in various industries. Liquidmetal is utilized in the production of some baseball bats, golf clubs, space applications and various consumer electronics you might have actually used. For instance, the SanDisk Cruzer Titanium drives that have slide-out connectors include Liquidmetal, not titanium.

What is particularly interesting is that Apple is not interested in just using Liquidmetal. The company has basically shown interest in owning it. Although this is close to impossible, it does raise many different questions.

Liquidmetal is practically a number of different metal alloys that are formally known as bulk metallic glass. The material is sharing properties that are closely associated with the common glass, like its impact brittleness. The melting point is not fixed. Instead, gradual integrity loss appears at a high temperature. The mixture is basically made out of various metals you already know, like titanium, copper, nickel, stainless steel and aluminum.

The real secret associated with Liquidmetal appears in how it is made. The alloy is not just mixed and then let to cool off. The amorphous alloy is cooled much faster. John Kang MC says that this is what changes atomic structures, altering basic properties. The ordinary metals normally have ordered, crystalline atomic structures. They would deform if flexed or struck. The amorphous alloy is made out of unordered, chaotic atoms. That makes everything spring back into original shape really fast, similarly to a liquid. Liquidmetal does not have a directional grain, like most metals.

John Kang goes on to say that Liquidmetal is special when compared to regularly used amorphous alloys because it is really easy to make. The alloy does not have to be quickly cooled as with similar materials. This allows cooling in much greater quantities and in a much shorter timeframe.

Liquidmetal does look like normal metal, similar to stainless steel but with a distinct color. It is more flexible though. What is interesting is that when you try to bend it, the strength noticed is much higher than with other alloys. A substantially larger force is necessary to bend Liquidmetal.

On the whole, Liquidmetal, according to specialists like John Kang, is something that we need to look closely at in manufacture. There are various different possible uses you want to analyze and it is expected that more and more devices will start using the alloy in the future. Various companies are interested in Liquidmetal, not just Apple. We might even see medical devices take advantage of the alloy’s properties for mass use in the future.

George Ammar on the Keys to a Happy Life