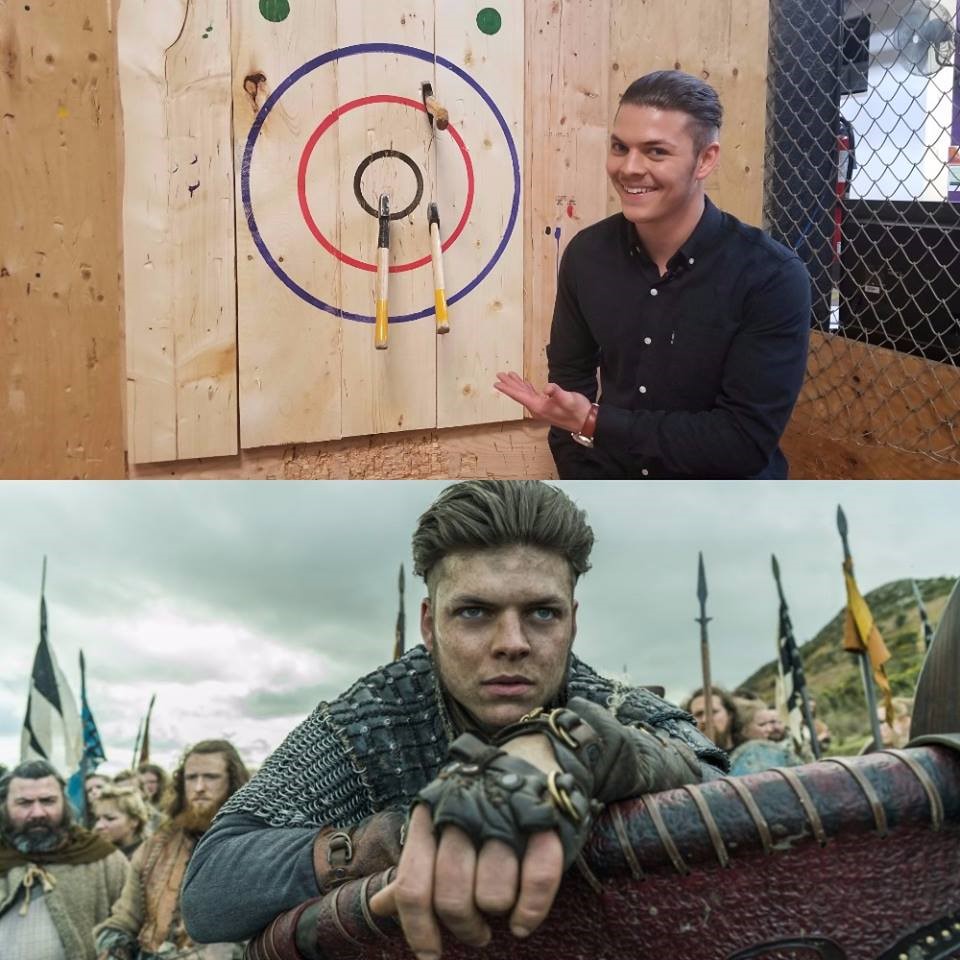 By all accounts, the Norse seafarers of old – better known as Vikings – were party animals. They would hold ragers that went on for days, mixing together music, storytelling, booze, games and a whole lot of other things that this article can’t mention. While it would be difficult to hold a party for literally days (after all, most people have to go to work on Monday), you can keep the Norse spirit of party alive with your very own, abbreviated Viking party. Really, the goal here is to get as primal and elemental as possible, tapping into your inner barbarian, and wearing as many furs as your shoulders will allow. If you’re looking for a fun way to shake up the boring old theme party, a Viking party is the perfect thing for you: wild, ritualistic and fun, but with just enough history thrown in to make it a cultural experience! Let’s look at 6 tips for throwing the ultimate Viking Themed party.

While it’s been debunked that Vikings ever wore those horned helmets that you see in just about any old Norse depiction, that doesn’t mean that you can’t wear one. Sure, it’s not 100% accurate, but unless you invite a medieval Scandinavia scholar to your party (everybody knows one, right?) you should be in the clear. If you simply won’t abide by a historical inaccuracy, however, you still have headwear options, as you can readily find more realistic metal Viking helmets these days, with the patterned nose guard and sides.

First up for any great Viking party has to be the feats of strength and agility. No, we’re not talking about sword fighting or wrestling; we’re talking about axe throwing. The Vikings were big fans of the axe, and it’s no stretch of the imagination that, during their downtime, after ransacking a village or waiting for the ship to dock, they would throw some axes around. Nowadays, you don’t have to own your own throwing axes to partake in this ancient game – you can just go to an axe throwing facility like the Backyard Axe Throwing League and book a private lane. If you live in a big city, chances are the Backyard Axe Throwing League – BATL for short – has a facility near you, but book in advance, because you don’t want the lumberjack party beating you to it! There really is no better feeling than throwing axes at a bulls-eye.

What is mead exactly? You hear about it quite a bit in Viking re-enactments, but you might be surprised to hear that it’s still around these days. Mead is made from fermenting honey, and there’s evidence to suggest that it’s the oldest spirit in the world. As you might expect, it has a strong honey taste, but it isn’t cloyingly sweet.

If you’re at a loss for where exactly to get mead (good mead, that is), the RateBeer website has a list of their top ranked meads, which you can then use to check with your local liquor distributor.

Once you’ve finished throwing axes, and everyone has had a tipple or two of the mead, the next Viking thing you have to do is make a fire. While you have to do this at your own discretion, obviously, following local bylaws for seasons and locations, a fire is the perfect centrepiece for a Viking party. It’s probably best to find a friend whose backyard contains a fire pit, as that will cut down on a lot of the construction work. Just light that fire up, following this handy guide to starting bonfires, and bask in the timeless, elemental glory of fire – or, as you should call it, Viking television!

Believe it or not, Vikings loved board games, even going so far as to be buried with their favourite games (presumably to pass the time in boring old Valhalla). That said, it would be completely in-character for a Viking themed party to break out the board games. While you could try and play one of the Old Norse board games, the most famous of which is called hnefatafl (which just sounds like someone stifling a sneeze), you’re probably better off sticking to the games that you know. You could even play Risk, and duke it out with other party-goers for world domination… or who has to drink another shot of mead.

If you want to party like it’s 799, follow these easy tips and throw the ultimate Viking party with your friends. See you in Valhalla!

A First Timers Trip to Uganda - and What to Expect