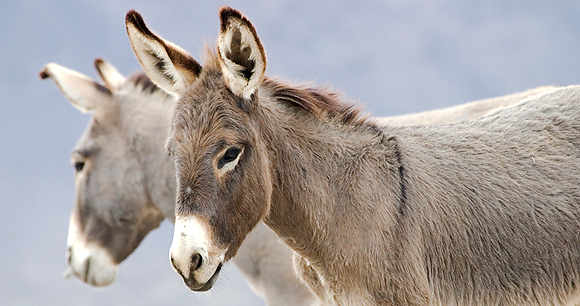 Each year I like to give a monthly donation to a variety of charities, I will often do this for a year and then switch to give to a different charity the following year. Beyond helping out, what I really love about this is learning new things based on what the charity is committed to. Last year I began to give a small monthly donation to the ISPMB, which is the International Society for the Protection of Mustangs and Burros. These guys do amazing work and they are excellent at giving communication about the animals and how they are all getting on.

Something which I have learned in the last 12 months is the difference between some animals which I thought were the same. I am referring to burros, jackasses and mules, and whether or not they are all donkeys, or completely different animals. If you have ever been curious about the difference between these animals, here is a quick breakdown for you.

What Exactly is a Donkey?

The donkey is actually a member of the horse family and they are descendants of the wild African ass. These days the donkey is completely domesticated and they have been put to work by humans for thousands of years. The name ass actually comes from the Latin name for the animal, which is ‘asinus’. Interestingly the reason why these animals have a reputation for being stubborn, is that they are very inquisitive. Before they take action they will check out all of the details and this would appear as though they don’t want to do something, the reality is, they just want to check it all out first.

When you hear the term ‘jackass’, at least in relation to animals, you should know that this is not a different animal. The reality is that a jackass is just a male donkey. Male donkeys are generally nicknamed Jack, and female donkeys are nicknamed Jennets. The ass is of course from the Latin for donkey.

What is a Burro?

In the Spanish language the word burro actually translates directly as donkey, but in the English speaking world we use burro slightly differently. This animal is definitely a donkey, but it is more broadly used to describe a wild donkey. This is why the charity which I give money to works with burros, because they are the ones who need the most help.

A mule is a slightly different creature from a donkey, because it is the offspring of a male donkey and a female horse. Usually these animals have the body of a horse and the facial characteristics of a donkey. The animal is larger than a donkey and in terms of personality they end up taking on a little bit from both parents.

So there you have it, all I have learned of late about the key differences between these different names and animals, remember, every day is a school day!

Apria Healthcare Reviews - What People Are Saying About Mobility Aids

Rose Burillo - What to Expect At The Lucha Libre