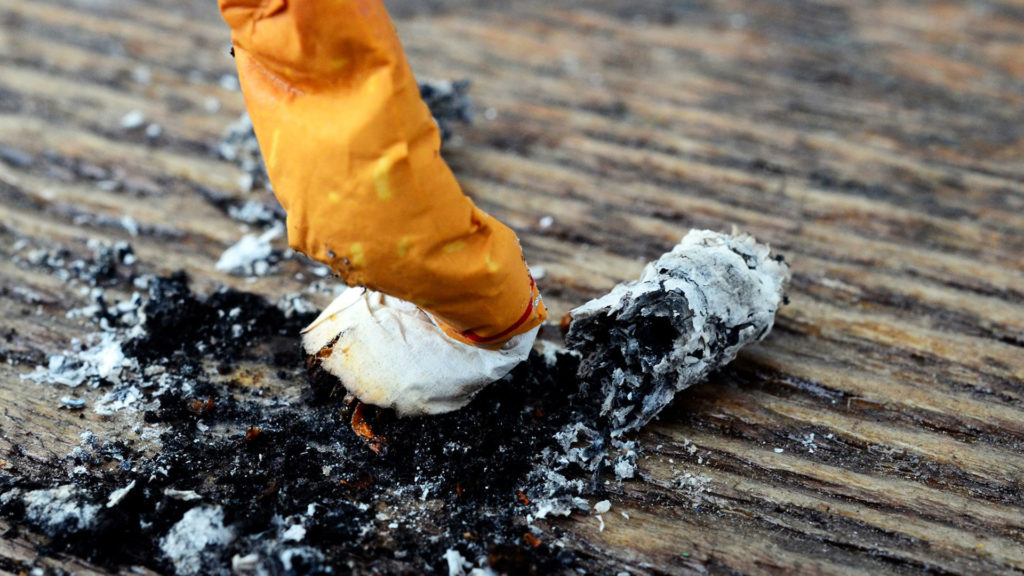 We all know the serious health risks associated with smoking and if you are still a smoker today, it is likely that you are in the minority amongst your group of friends. You may also want to give up and may have had attempts to do so in the past.

Some smokers are lucky enough to be able to go ‘cold turkey’ and not touch a cigarette through sheer will power, however for many, the cold turkey approach can be disheartening as it sets them up to fail. It is clear that this approach will never stamp out smoking for good, so new strategies and solutions are needed.

New technology has recently been at the forefront of recent initiatives in the form of e-cigarettes. E-cigarettes, commonly known as vapes, can be very effective when it comes to giving up smoking. A traditional cigarette burns tobacco, producing tar and carbon monoxide that cause health problems. Whereas e-cigarettes work by heating a flavoured e-liquid to generate a vapour. In most cases this contains nicotine – but there are some nicotine-free ones.

For many smokers, the nicotine in an e-cigarette is needed to enable them to stop smoking and start vaping instead. It is important to note that e-cigarettes are to be used as a tool for adults to stop smoking – they should not be used by those who are not trying to quit.

While vaping is yet to be fully adopted in some countries, often due to disinformation, others are embracing new vaping technology with incredible results.

The UK is currently a world leader in promoting vaping as a way of giving up smoking and has been rewarded by the fact that number of people quitting smoking in the UK is currently at one of the highest levels to date. In fact, of the 2.9 million adult e-cigarette users in the UK, more than half have quit smoking for good and 770,000 have given up both smoking and vaping.

Public Health England promotes the fact that vaping is 95% safer than smoking and the UK’s National Health Service promotes e-cigarettes as a way of giving up smoking. The UK government’s blog also corrects any disinformation and misconceptions about vaping that have been circulating in the global media.

If you are a smoker and looking to give up, there is a large amount of support out there to make the switch from smoking to vaping – now really is the time with global government initiatives and tobacco companies even trying to get their customers to give up with stopping smoking initiatives.

For example, Philip Morris Limited, makers of Marlboro, are aiming to eventually stop selling cigarettes completely and have an initiative called ‘Hold My Light’ which encourages smokers to make the healthier switch to their vaping products. With a clear ulterior motive, at least this strategy will get people making a potentially life-saving decision to stop smoking and the success behind it provides a good incentive.

The British government agrees. Former health minister Simon Burns MP made a statement saying that it was a good initiative: ‘Anything that helps people switch from cigarettes to a less dangerous product can only be a good thing’.

Hold My Light is based on similar behavioural science initiatives that have created positive societal change and is aimed at the 60% of smokers that say they want to quit. The National Health Service in the UK also backs using e-cigarettes as part of their national Stoptober campaign.

These type of campaigns help smokers to quit with support networks and the feeling of ‘we are in this together’. They also set time frames which again help to empower the smoker with a sense of purpose and achievement and accomplishment when they reach their goal.

The length of these campaigns is based on scientific evidence which suggests that those who manage to quit smoking for a period of 28 days are 5 times more likely to remain smoke-free for good.

Switching from smoking to vaping isn’t easy, but it is something which is gaining good publicity and momentum as the statistics are showing that it is enabling people to quit smoking for good.

Health Benefits of Having a Short Weekend Trip

Ways of Presenting a Gift to Make It Extra Special