I Always Feel Like, Somebody’s Watching Me! 8 Signs You Have a Stalker 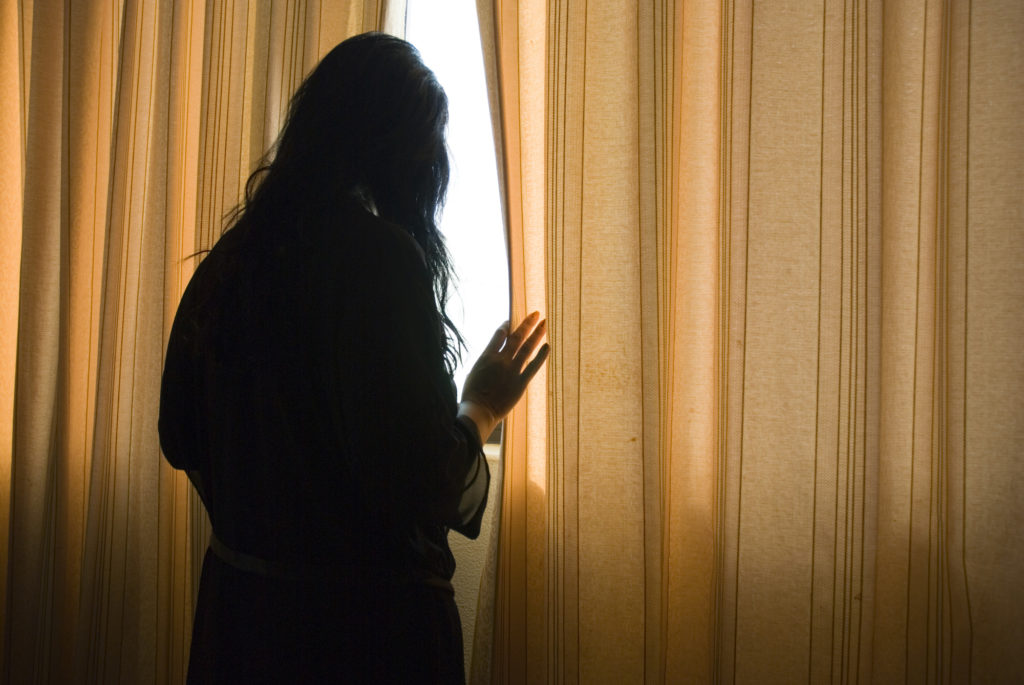 If you feel like someone is watching your 24/7, you’re probably not wrong. All the times you awkwardly peeked over your shoulder, someone was staring at you.

No, you don’t have magic powers.

What’s known as our “sixth sense” is actually a survival mechanism. Our eyes automatically pick up on things not in direct line of sight. You probably don’t even realize they are until you’re looking into the eyes of someone staring at you already.

If this has happened multiple times and it’s been the same person all along, you might be dealing with a stalker on your hands.

To know for sure, read our signs of a stalker below so you can keep yourself (and your family) safe.

Stalkers Come in All Shapes and Sizes

Before we get started, it’s important to note that our perception of stalkers (thanks to TV and movies) isn’t entirely accurate. We think they’re awkward basement-dwellers who’ve been shunned plenty of times by society.

But not every stalker is built that way.

It doesn’t matter what gender-women can easily become stalkers just as much as men. Ethnicity plays no factor, neither does social type. The most outgoing, bubbly personality at work can be just as dangerous.

That’s why you need to associate yourself with the signs you’re dealing with a stalker.

How Does Someone Become a Stalker?

There’s no one-size-fits-all reason when it comes to someone being a stalker. There are plenty of factors at play such as:

This person was scorned by a lover and either wants to reconcile (even though the other person doesn’t) or they want revenge for their crushed feelings. Domestic violence is nothing to play around with as these types of stalkers are often the most dangerous.

This person is extremely violent and doesn’t have to know the victim in order to strike. They study them and plan an attack. They might have previous charges for sexual assault.

Doesn’t Get the Hint

A possible suitor makes it loud and clear to them they don’t want a relationship. Instead of acknowledging that and moving on, they still pursue.

Even though they know their feelings aren’t reciprocated, they still make romantic gestures.

What Are the Signs of a Stalker?

Since we know anyone is capable of becoming a stalker and their personality traits aren’t all the same, it’s vital to know the signs of a stalker. Keep reading so you can be on the lookout to keep yourself safe.

At first, catching someone staring at you isn’t a big deal. Often times, the next time you look at that person, they set their gaze elsewhere.

However, if you’ve caught the person staring at you intensely, it’s a bad sign. Their gaze won’t let up, even if you do everything you can to hide your face or move somewhere else (like if you’re in a waiting room).

It feels as if their stare is burning a hole right through you. You don’t even have to look to know they’re still watching.

You begin to feel uncomfortable and scared. And you worry if they’re thinking (or even attempting) to get closer to you.

2. Appearing at Work or in Your Neighborhood

A stalker doesn’t have to know you personally in order to find out where you work or live. If you did notice someone staring at you intensely in a waiting room, they might’ve followed you after you left.

It’s not a coincidence to see this person again.

Maybe they park next to you in a parking garage or on the street, hoping this will lead to interaction. Showing up to your favorite coffee shop or where you get lunch often are red flags.

3. Using Social Media to Stalk You

We’re living in the digital age so someone can easily stalk you on social media as in real life. Cyber-stalking is anything but virtual. This person may already know you or they’re looking to get more information.

Whichever is the case, they’ll send you messages constantly, vying for your attention. They may even go as far as to try to set up an in-person meeting.

Social media stalking can be extremely dangerous. They may claim to know your friends and family so you’ll trust them. Once you accept them as a friend on Facebook or post revealing information on Instagram, they’ll use this to get closer to you, fueling their obsession.

You’re driving down the highway when all of a sudden, you get a flat tire. You pull over, put your hazard lights on, and start to figure out a solution since you have no spare tire.

Just as you’re about to call a friend or family member, that person you kept running into shows up-equipped with a spare tire.

Now, not everyone will make a grand gesture like that. Some stalkers take a more subtle approach.

On a gloomy, rainy day, they’ll offer you their umbrella and escort you to your destination. Or, they’ll claim you dropped something (when you didn’t) just to break the ice.

5. Obtaining Details About You

Someone stalking you will watch you from a distance. They’ll check out all the places you go to, who your friends with and where your closest family members live.

They might even go as far to take photographs or hire a private investigator to gather more details.

They’ll then approach friends and family members. They’ll pretend either they know you or that they work with you-it’s a disguise to not raise suspicion. Family and friends are more willing to give more information about you if this person claims to know you already.

After they gathered what they needed, they’ll then approach you. After the greetings are out of the way, you’ll notice they know a lot about you already. They’ll mention a favorite movie of yours, a favorite playlist, even your favorite animal and claims it’s theirs as well.

Anything they can do or say to get you to feel close to them, they’ll take that advantage. Making it seem like you have plenty in common when really, you don’t. It’s all a front to open the lines of communication.

6. Going to Extremes for Interaction

If you aren’t giving them the attention they’re wanting, their actions become more intense. They’ll go as far as filing a lawsuit to get you to notice them.

Dealing with a lawsuit requires you to go to court, where you’ll see them. It’s a way for them to see you and in a disturbing way, spend time with you.

Other extremes include threatening suicide. They want you to intervene so they can talk to you. They’ll see it as you caring or being concerned about them.

It’s getting late and you’re ready to relax before you go to sleep. However, you hear a knock on your door. You aren’t expecting visitors nor a package delivery.

Looking out the peephole, you notice it’s the person you’ve been running into. They’ve shown up unexpectedly.

While you guys are considered acquaintances, it’s still bizarre. You let them in because something’s troubling them that they must tell you.

After chatting for a few minutes, they ask to use your restroom. Minutes go by and you’re wondering what they’re doing-it shouldn’t be taking them this long. Just as you’re thinking of going to look for them, they’re walking back to you.

It’s late into the night and they finally left. You’re left with the sneaking suspicion that they did something while they claimed to use the bathroom.

It’s not unlikely they placed hidden cameras either in the bathroom or your bedroom. You can discover more about finding hidden cameras with that article.

When things don’t go their way, they show aggressive behavior. They either touch or grab you to the point you become scared.

They act like this when they fear you’re cutting all ties with them. They’ll then begin to act aggressively when angered to show dominance, to make you scared of leaving them.

Not only that but they might stand a little too close. It may even feel like they’re hovering over you. Either way, it instills the feeling you can’t run away if you tried.

How to Protect Yourself from a Stalker

A lot of the signs above come with scary experiences. If you believe you’re a victim of stalking, keep reading to know what action to take.

Let others in on what’s happening to you. Even if it’s just a suspicion, make them aware. If this person tries to approach them, they’ll know not to give them any information about you.

If the situation is so extreme you feel you’re in danger, change the locks on your doors, install security cameras, and give out information to only those you trust. Don’t walk alone at night and make sure where you’re going will be around other people so they can’t try to attack you.

If someone makes you uncomfortable to the point you feel unsafe, you don’t need to talk to them. You aren’t a bad person for doing so-you’re looking out for yourself.

Staying in contact encourages their behavior to the point they’ll keep at it.

All alarming texts, emails or social media messages need to be recorded. Keep a journal of all encounters and any time they left you feeling uncomfortable.

If legal action needs to be taken, you’ll have evidence supporting your case.

Keep Yourself Safe from Stalkers

Knowing if you’re dealing with a stalker or an overly-friendly person is hard to sort out at first. As long as you keep these signs of a stalker in mind, you’ll keep yourself out of harm.

Looking for more articles like this one? Check out our tips category today!

Trying to Get a New Home? Here are 8 Helpful Advantages of a Bridge Loan

What Your Choice of Holster Design Suggests about Your Personality