Guns and Roses: A Ladies Guide to Gun Ownership 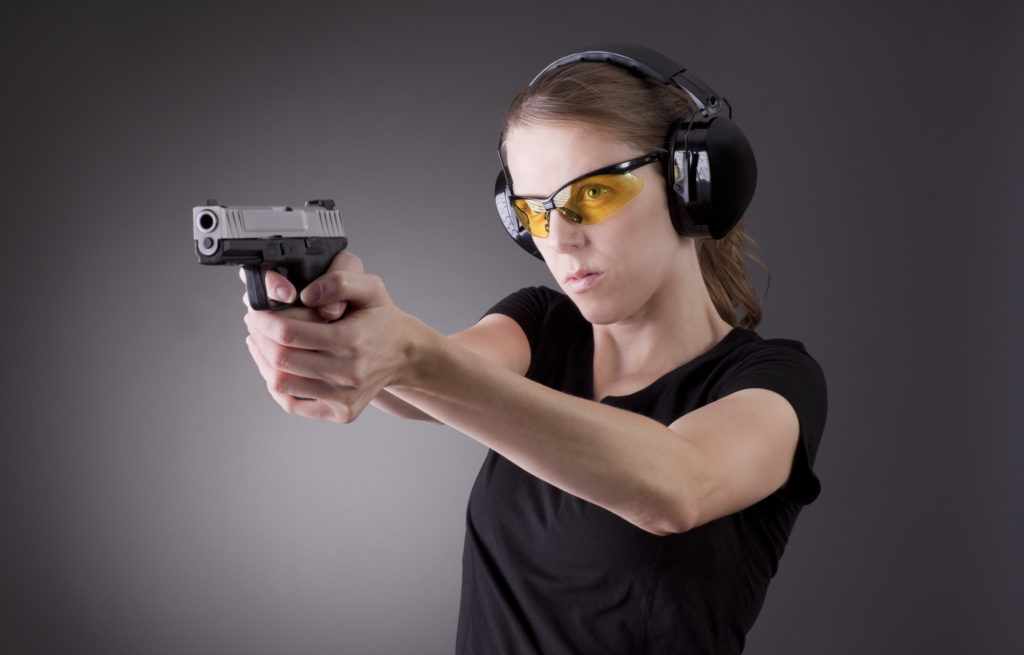 In 2018, more than four in every 10 U.S. households possessed at least one gun. “At least” being the keyword here, since there are 393 million civilian-owned firearms.

Upon hearing the term “gun ownership”, most are easy to imagine men toting these machines. True, more men — 39% in 2017 — reported personal gun ownership than women. Still, this Pew study said 22% of females reported owning a gun too.

Reasons for ownership vary, but most looking for the best gun for a woman would say it’s for protection. In fact, a separate Pew study found that this is the reason 90% of women own guns.

So, no, it’s not weird to be a woman with a gun. But of course, some types of guns are better suited for women, and the reason they want to own one in the first place.

All these and more you’ll discover in this post, so be sure to keep reading!

Why More Women are Buying Guns

From self-defense to self-empowerment to both, women often arm themselves for these reasons. But studies show that there’s been a rise in women buying for sporting activities too.

The recent #MeToo movement uncovered how sexual harassment has become a worldwide plague. One study showed that 81% of women and 43% of men reported being victims of this crime. But sexual harassment at work is only one form – it happens anywhere, and at an alarming rate.

There’s also the CDC report which found that 18.3% of women and 1.4% of men are rape victims. Intimate partners are responsible for half of the rape cases in female victims. Four in 10 of the female victims said acquaintances committed the crime against them.

We can go on and on with the statistics, but you get the gist. Women are at a greater risk of sex-related and violent crimes, and a gun can help protect you from these. The Second Amendment itself cites how 200,000 women use guns to defend against sexual abuse.

That 200,000 should be enough reason to consider arming yourself.

Self-empowerment is all about knowing and improving your weaknesses and strengths. It’s about taking control of your life. But the fear of being a sexual harassment or rape victim robs you of that control.

By knowing how to use a gun for self-protection, you can turn that fear into preparedness. You may have the perfect boyfriend, but that person you meet on the street may be the exact opposite. Being ready for the worst can empower you and even save your life.

There are many different kinds of guns, but they either classify as a handgun or a long gun. Under handguns, you have the pistols and revolvers. Shotguns and rifles belong to the long gun family.

Handguns come with shorter barrels and smaller caliber. Caliber is the cartridge type fired by the weapon. The smaller caliber of pistols and revolvers allow for their use with only one or both hands.

In gun talk, someone saying “45” is referring to a gun with a bullet caliber measuring 0.45 inches in diameter. If you hear “9mm”, that refers to a gun that fires a 9-millimeter (in diameter) bullet.

Long guns, as the term suggests, are firearms with long barrels and larger calibers. These are often fired from one’s shoulder, because of their weight and recoil.

Choosing the Right Self-Defense Gun for a Woman

Both handguns and long guns are tools for self-defense. The right choice depends on how and where exactly you’ll use them.

The Second Amendment cites handguns as the “weapon of choice for self-defense”. Every year, men and women use these more than 1.9 million times to defend themselves.

For one, because they’re compact, so they’re easy to pack and carry around. Their small size also makes them easy to conceal. Unlike bigger guns, you can also shoot these using a single hand.

The Smith & Wesson M&P Shield or Glock G19 may be a good first handgun option for you. The Ruger Lightweight Compact Pistol has also been a best-seller, so be sure to check that out too.

Handguns have lower firepower and ammo capacity compared to long guns though. But in close range, they can deal serious, even fatal injuries to criminals.

Shotguns are the go-to for home defense, particularly because of their immense firepower. You don’t even have to fire it to scare intruders away — seeing it alone can already make them run for their lives.

Some would say the Kel-Tec KSG is the best home defense shotgun, while others would say it’s the Mossberg 500/590. What’s important is that you know how to shoot one, especially as these come with heavy recoil.

Because of their size and weight, maneuvering shotguns can be difficult. You’d also need two hands (plus your shoulder) for safe and correct operation. Compared to rifles, shotguns have lower capacity, with most having a 12-gauge capacity.

The biggest advantage of rifles is their long-range firing distance. For instance, an AR-15 rifle can hit a target 100 yards or even farther away. That’s twice what a shotgun can deliver, and many times more than what a pistol or revolver can.

That makes rifles the best option for long-range protection. Say your main house is a hundred yards from the gate. A warning shot a few feet away from intruders can stop them before they even reach your door.

These long guns also deliver immense power with every round. Many rifles, like the standard AR-15, can also hold 30 rounds. Plus, the best AR-15 charging handle lets left-handed shooters use their scopes better.

A rifle, like a shotgun, requires the use of two hands and your shoulder though. They’re longer, and in some cases, heavier than shotguns. So, expect some difficulties in maneuvering them, especially in tight spaces.

Choosing a Gun for Sports and Hunting

Your choice in a sporting gun depends on the activity you want to join. Gun sports are not all about hunting — today, there’s such a thing as the 3-gun sports.

As you can imagine, it involves a handgun, a shotgun, and a rifle. Don’t forget lots of ammunition, safety gear, and must-have accessories. Think of it as paintball or Airsoft, only with 3-gun, you use actual firearms.

These sports offer a chance to practice the guns you already (or planning to) have for self-defense. It’s also a great way to meet gun veterans and mentors who can give you valuable advice.

Deciding Between a Revolver and a Pistol

When buying your first handgun, you have to choose between a revolver and a pistol.

With revolvers, you manually load five to seven bullets in a rotating cylinder. Once you close this cylinder, you pull the trigger to shoot. It’s simple and easy to use, especially in high-stress situations like home invasions.

The biggest drawback is its limited capacity, which averages six bullets. That’s less than half of what pistols can carry, which can be up to 17 bullets. Revolvers also take a much longer time to reload, since you have to insert the rounds one by one.

Whereas pistols are semi-automatic, so if you have a spare cartridge, it’s easier to reload. There’s also the higher ammo capacity, although some states have restrictions on this. California, for instance, only allows up to 10 rounds in the magazine.

Get a Feel to Find the Best Fit

Guns aren’t exactly cheap, so it’s best you try as many as of them as possible before you buy your own. A decent local shooting range can help, as it most likely carries modern and popular models. Test various handguns, shotguns, and rifles, for you to gauge which ones fit your hands the best.

Testing also lets you determine how comfortable you are with the gun’s weight and recoil. Of course, the more you practice, the more accustomed you’ll be with the kickback. But at least, you’ll know if the guns too heavy or too powerful for your body.

While you’re at the range, be sure to ask about professional gun training programs too. You can hone shooting skills on your own, but you need a vet to drill these into you in the first place. Besides, pros can give you valuable tips for shopping for your first gun.

Keep Yourself Safe with Responsible Gun Ownership and Use

A gun for a woman, be it an S&W pistol or an AR-15, can make all the difference between a life and death situation. Contrary to what anti-gun movements say, people, use guns 80 times more to protect than to kill.

So long as you abide by gun laws, you have every right to arm yourself for protection.

Want more tips to lead a safer, more secure life? Then be sure to bookmark our Lifestyle page!

Flying High: Everything You Need to Know About Traveling with Medical Marijuana

Arnon Dror, The Keys to a Long Career in Business