10 Pieces of Innovative Software You Need to Know About 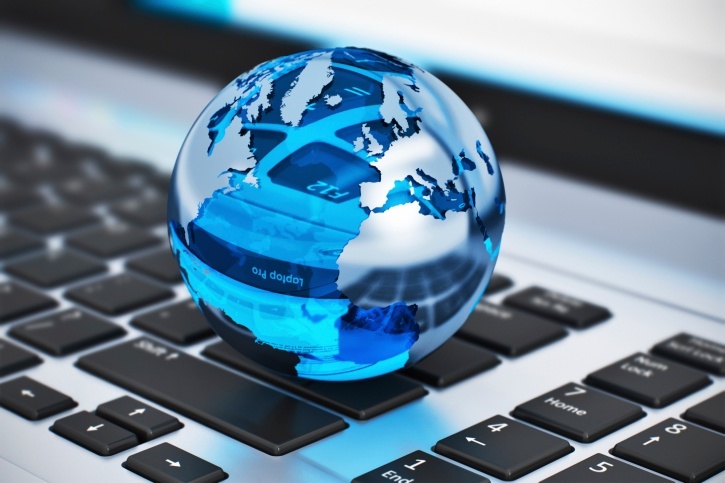 10 Pieces of Innovative Software You Need to Know About

Do you like to keep up with the latest in software innovation every year? If so, here are 10 pieces of innovative software you need to know about. These days, technology is literally progressing at the speed of light. As rapidly as the electrons that power computers running artificial intelligence software are moving, that’s how fast new developments are emerging. The future is here, and while we may not have a hoverboard or a flying car yet, we’re working on it.

One of the most exciting branches of tech development is software development. Having the right hardware for the job is important, sure. But having the right program to run it – that’s when the real magic can happen.

Below are ten of the most exciting pieces of innovative software to hit the market in 2018.

Imagine this: You arrive at the airport for your next flight, and when you check in, instead of having to fumble with a boarding pass, a passport, and a driver’s license, you just smile at a camera and roll right on through. That could be the standard airport experience in the not-too-distant future.

JetBlue has developed a technology that will accept your face as a form of identification. The idea seems obvious once you think about it. Your face IS your identification; it’s just that now artificial intelligence is starting to catch up.

How many times have you read through a comment thread online, only to run into a comment clearly designed to be toxic? People who post comments with the goal of upsetting readers or starting arguments are often referred to on the internet as trolls. And while rude comments on an article or post may not seem that serious, trolls can pose a very real threat.

Unfortunately, the group earned the name “trolls” for a reason – the more attention you give them, the worse they become. But now, one company has developed a piece of software called Perspective which can stop trolls’ rampage. Perspective scans comments, rates them for toxicity on a scale of 1 to 100 and deletes those it deems too harmful.

The captcha, with its intentionally distorted numbers and letters that you, a human, are guaranteed to mistype, is one of the most annoying roadblocks on the internet. Certainly, it is important to weed out the bots from the humans. But isn’t there some easier way to do that than trying to determine if that’s a 4 or an H?

As it turns out, there is. Google is developing a technology that will help you avoid captchas forever. The program runs in the background all the time when you’re using the internet, confirms that you are a human, and tells any websites that ask, it’s cool, you’re with them.

The process of trying to select the right photos for your Tinder profile is agonizing. Your hair looks better in that selfie, but in this one, you’re wearing that shirt that makes you look ten pounds thinner. Which picture is going to get you the best dates?

Soon, you may not have to worry about that decision anymore. Tinder has recently come out with a software that will analyze your photos’ popularity and auto-select the ones that get the most positive reactions to be displayed first. The technology could even custom-select photos for a potential match based on what they react well to in a photo.

On the subject of photography, wouldn’t it be nice to be able to take better photos in the first place? Phone cameras have come light-years from where they started. But in the quest for a better selfie, there is always room for camera quality improvement.

Luckily, those improvements are on the way, and you may not even need to buy a new phone to get them. Some of the latest improvements in smartphone camera development are software, not hardware, related. By simply updating your phone, you’ll be able to take better pictures than ever.

Aside from flying cars, self-driving cars have been one of humanity’s biggest dreams of the future. And it isn’t hard to see why. Imagine that during your daily commute, rather than paying attention to what that idiot in the Camero is trying to pull, you could be reading a good book or playing the latest mobile game from Nintendo.

Well, that future is all but here. Tesla has been testing self-driving cars for a few years now, and they are even beginning to sell some cars that have a limited self-driving capacity. But the amazing news is, when self-driving technology is perfected, you won’t have to get a new car – patch in the software upgrade and you’re ready to roll.

Virtual reality got quite a bit of buzz in 2017, but the rage has died off a little in 2018. The technology still has a long way to go before it’s really what everyone dreams of. Not only is the price too high on the current models, they also tend to cause nausea.

For now, mixed reality offers a great compromise between the two. Devices like Google Glass allow the user to still see the real world, with digital input overlaid. Several other companies are also developing mixed reality software, and you can expect to see more people checking their Twitter on their sunglasses in the next few years.

Now you may be wondering why Adobe has made it onto this list. How can a company as seemingly boring as Adobe stand up with self-driving cars and Google Glass? Well, as it turns out, Adobe has some pretty exciting stuff happening, specifically in its Photoshop development.

Photoshop has always been great at getting rid of unwanted pieces of an image (that rogue zit, for instance). But now, they are able to remove and seamlessly fill in entire sections of a photo. So, for instance, if that fanny-pack-wearing granddad walked in front of your perfect shot of the Leaning Tower of Pisa at exactly the wrong moment, Photoshop’s new AI will let you make him disappear from the shot.

An Apple Watch may seem like a kind of nifty gadget. Yeah, a watch that you can look at texts on, and keep track of how many steps you’ve walked – it’s fine. But the software that powers smartwatches is getting good enough to be used as an actual medical tracker.

Smartwatches are starting to show up on the medical market as a good way to track chronic conditions. So, for instance, someone with a cardiac disease can now get an app that will monitor their heart rate and alert someone if it gets dangerous. Likewise, diabetics may soon be able to monitor their insulin through their smartwatch.

If you’re a business owner, managing timesheets can be a huge headache. And while timesheet programs do exist, they can be expensive. So how do you strike the balance between affordable and reliable?

The answer is using a Time Clock Wizard. This awesome program lets you track your employees’ hours, generate payroll, and more. And best of all, you can try it for a month for free!

There’s no question about it – we live in the future. Our robots are getting better at understanding to us, we are this close to being able to grow replacement organs in Petri dishes, and the technological power we have access to grows every day. Innovative software is at its best, and it’s only going to get better.

For more articles about the latest in technology, as well as other lifestyle, marketing, and travel articles, visit the rest of our site at Sweet Captcha. We have lifestyle tips from the sweetest gal and we guarantee you’ll find something fun to read. Check out our technology section today and learn a little more about the cool new trends hitting the market.

9 Selling on Amazon Tips All Beginners Must Know