Iconic Parisian images and how you can recreate them! 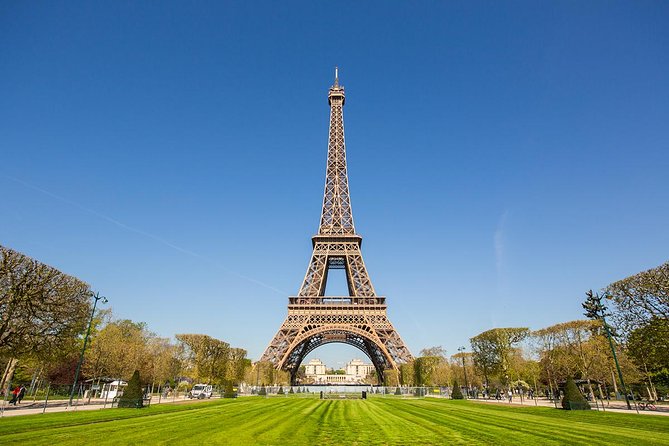 Paris is known by many as the City of Love, which is just one of the reasons why it’s up there as one of the most visited cities in the world. But its famous sights and attractions make it a haven for photography too. Maybe you’re a complete novice who just loves capturing memories on your smart phone? Or you’re a professional photographer with all the latest equipment, looking to master the perfect shot?

Either way, you’ll find countless opportunities to create your own version of the city’s well-known landmarks. Here are just five of the most iconic Parisian images and some top tips on how best you can recreate them.

The ultimate Parisian icon; there so many different ways in which you can capture sensational photos of the Eiffel Tower in all its magnificence. Stand beneath it and take a photo at a jaunty angle facing upwards, go on a Seine river cruise and get the perfect shot from the water or head down Avenue Silvestre de Sacy and capture this wonderfully French street with the tower in the background.

Why not wait until the close of the day and create a sunset silhouette shot from the top of the Montparnasse Tower? Or closer when it’s all lit up? And, of course, who can resist standing in front of the Eiffel Tower on the Champs de Mar and strategically positioning the camera so that you hold the landmark in your hand?

Following the devastating fire of April 2019, the cathedral’s ornate Gothic spire and roof were destroyed and are currently being reconstructed. However, the rest of the structure and the iconic towers on the west façade remain intact and still make for a fantastic photo opportunity. Head to Rue de la Cité and frame your photo through the trees to block out some of the people gathered around the front.

The impressive Arc de Triomphe monument is symbolic to the city and stands proud in the middle of a busy juncture. 12 avenues lead off from the centre, the most famous of which is the idyllic Champs-Élysées. It’s down here that you want to stand in order to get the best angle of the monument, with the bustling avenue in the foreground. If your camera is of good enough quality, take the shot at night time to catch the blur of the car lights for added effect.

The Louvre Museum is the world’s largest art museum and home to Leonardo Da Vinci’s mesmerising Mona Lisa masterpiece. Equally as popular is the iconic glass pyramid that’s formed the entrance to the museum since the 1980s, making it impossible to visit the without trying to get an arty shot of the structure.

Best captured at sunset when the light perfectly stikes the glass, plan to visit and get your photo on a Tuesday, when all museums in the city are closed and there won’t be as many tourists getting in your shot.

The stations for Paris’ underground subway network, the Metro, are indicated by classic art nouveau signs, begging to be photographed. You’ll obviously find them all over the city, but if you want one that’s got an especially typical Parisian backdrop, opt for the Lamarck – Caulaincourt one in Montmarte. It’s super picturesque and has a quintessentially French bistro right next to it.

Now that you know where and how to capture the best shots in the French capital, it’s time to take a look at the top hotels in Paris and start planning your ideal city break.

How To Ensure Adequate Security for Your Next Party