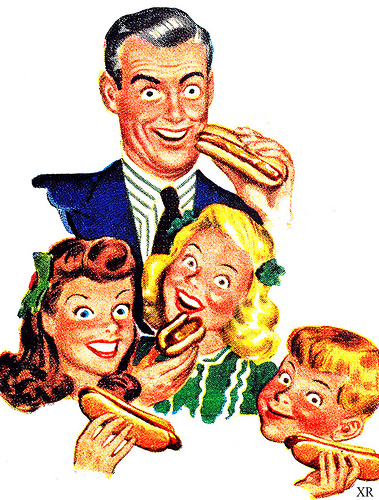 Colonel Tom Parker is a name that is forever associated with the legend of Elvis Presley as he was his manager right up until Elvis’s premature death on 16th August 1977, at age 42. As the story goes when Colonel Parker was notified of his client’s death, instead of mourning and paying tribute to Elvis, Colonel Parker flew to New York to negotiate the merchandising rights for the intellectual property of Elvis. To be blunt, to Parker, Elvis was worth more to him dead than alive.

Colonel Parker didn’t just give the world its first rock ‘n’ roll star – he gave the world the first reissued and repackaged dead pop star, as prior to Elvis, upon the death of musicians such as Brian Jones of The Rolling Stones, Jim Morrison of The Doors and Jimi Hendrix no one, especially the record companies, really cashed in on their demise. Yet in today’s music industry a dead pop star is a huge profit.

Colonel Parker and the Carnival

Colonel Parker was no stranger to profit-minded business practices. His real name was Andreas Cornelis van Kuijk, and he was a Dutch national neither American nor a colonel, but he did serve in the US Army in the 1930’s. Before entering the world of music Parker was a carnival worker who dreamt of marketing tricks to earn a buck. Like the dancing chickens which were standing on a hot plate that was invisible to the general public, or his unusual American hot dogs, where Parker would take a regular sausage cut it in half lengthways, put the meat in a foot-long bun, fill the centre with sauerkraut and sell it at the carnival as a 12 inch hot dog.

The origin of the hot dog in the USA can be traced back to migrants from Germany.  In 1893, visitors to the World’s Columbian Exposition to celebrate the 400th anniversary of Christopher Columbus’s arrival in the New World in 1492 bought from the German vendors, in their droves, Dachshund Sausages, as in the dog. The world was witnessing the birth of the takeaway. Since their origin as convenience food, though rather bland in taste back then, hot dogs have come a long way in terms of variation, from the chili dog, the hot dog covered in chili con carne and cheese sauce to the “Texas Tommy”, with bacon and cheese added to give the hot dog that extra flavour. The different flavours have of course helped hot dogs to grow in popularity across the world. In fact, Italian football legend Francesco Totti says they are his food of choice before an important football match, and he won the World Cup in 2006.

In 2018, Hot Dogs are just as popular as ever and still readily available and come in even more variations and recipes. For example, in an article on Deliveroo we read about hot-dog dishes like the Mac and Cheese Dog to the large Deputy Dog – Oh My Dog, a massive foot long hot dog range. The rise of foodie culture and “gastropubs” means that hot dogs are not considered a sub-par fast food option either, with many upscale versions, quality cuts of meat and even gourmet toppings involved, in many cases.

But what About the Bun and the Name?

The hot dog bun was created in 1904, when Bavarian concessionaire Anton Feuchtwanger was selling “Dachshund Sausages” to the public. There was no bun involved, but customers were given a pair of white gloves so that they wouldn’t burn their hands. Although Feuchtwanger’s punters loved the food, they failed to return the gloves quite often. Feuchtwanger was losing money because of this. Instead of closing his enterprise Feuchtwanger’s wife suggested that he used bread instead of gloves. So, the man asked his brother-in-law, a baker, to create a bread roll that would fit the shape of the sausages and solve the temperature problem.

As to the origin of the name hot dog, there are quite a few theories. Some historians cite that it was New York street vendors at the turn of the 20th century shouting out, “They’re red hot! Get your Dachshund sausages while they’re red hot!”, eventually shortening the sentence to “Get your hot dogs”. Other sources believe the name came about because at the end of the 19th-century vendors were using dog wagons as their mode of transport to sell the sausages to college dorms. How the term hot dogs came about, and the true origin of their name, remains something of an interesting mystery – but their popularity certainly isn’t.

5 Spring Outfit Ideas to Add to Your Wardrobe