It is the year 2018, and you continue to smoke, huh? Don’t worry; it isn’t entirely your fault. The nicotine that the companies use is very strong, and unfortunately, addiction is a hard thing to overcome. There are plenty of reasons to stop smoking; the possibility of lung cancer, breathing problems, excessive money spent on cigarettes, and second-hand smoke. Even with all these negative consequences from smoking, the nicotine has you buying that extra pack and smoking one last time before you go out. You are not alone. One-quarter of the adult population in the United Kingdom smokes. In fact, a more shocking statistic is that smoking is the highest cause for death in the UK, causing about 114,000 people to die a year. All because of Nicotine.

Nicotine is a key ingredient in tobacco products. Nicotine is absorbed in the blood. Once it enters the blood, it causes the release of adrenaline. Adrenaline gives an extra boost of energy; this is why many people choose to smoke cigarettes during times of stress of fatigue. Nicotine also quickly gets to the brain, sometimes seconds after being inhaled. Another, and potentially more devastating effect of nicotine is that it increases levels of dopamine. Dopamine is a neurotransmitter that emits a feeling of pleasure. The “joy” from smoking comes from the dopamine being released along with the adrenaline rush. The euphoric feeling occurs while smoking a cigarette and disappears soon after, leaving you wanting more. Nicotine is also extremely addictive. The positive feeling that one gets wants to get felt again.

How Do I Know I Am Addicted?

Sit back and think about your smoking habits. When are you smoking? How often are you smoking? Most importantly, why are you smoking? Some people enjoy a cigarette because of the adrenaline rush after a night of drinking or partying, but others need that feeling to function. More obvious symptoms of addiction are changing your social activities to continue smoking, inability to stop smoking, and withdrawal symptoms. It is usually quite easy to notice patterns in your behaviour.

What Kind of Withdrawal Symptoms Are There?

After being dependent on nicotine and smoking for a long period of time, stopping can have a very strong effect on the human body. Symptoms vary from person to person, but can include:

Symptoms generally occur the first few days and peak around day 2 or 3. Although the symptoms are generally short, they can be extremely powerful. This is the reason people consistently fail quitting. For those that are less fortunate, the withdrawal symptoms last months.

Nicotine is extremely dangerous, yet the sale of tobacco and cigarettes is still legal. If you find yourself addicted, don’t blame yourself. The drug was created to be addictive. Instead, realise what and why is happening and try to replace the euphoria from the dopamine increase with something else. It is not every day that someone can take a step back and truly put effort on how to stop smoking. Take it one day at a time and remember the health benefits associated with quitting smoking.

5 Ways To Decorate Your Entry Way 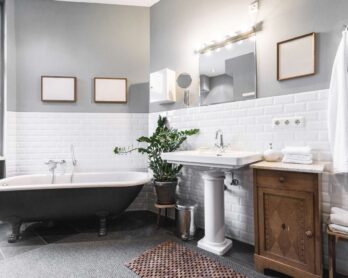