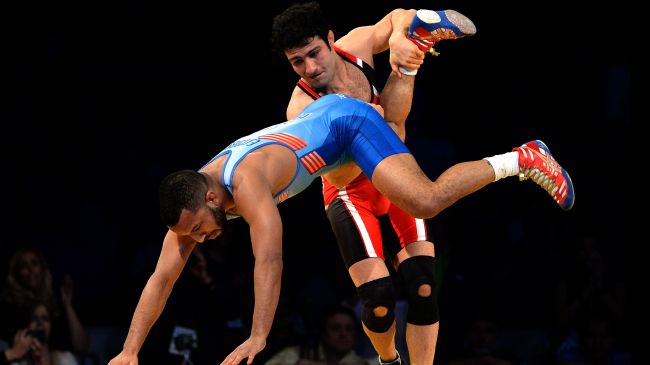 As a wrestling fan, you have your favorite personalities and matches, but do you the history of the WWE? World Wrestling Entertainment was founded over 60 years ago and has undergone many changes. Learn about all of those changes here! With nearly 20 million viewers, World Wrestling Entertainment is the undisputed leader in professional wrestling. But it hasn’t always been that way.

The history of the WWE is full of challenges and triumph. They’ve overcome countless rivals in the professional wrestling industry, and they’ve done it thanks to the ruthless business savvy of the McMahon family.

Read on to learn the complete story of this storied wrestling organization and their rise to the top.

The story of World Wrestling Entertainment begins in 1952. In that year, professional wrestler Toots Mondt and boxing promoter Jess McMahon (the grandfather of current WWE head Vince McMahon) started the Capitol Wrestling Corporation, the precursor to the modern WWE.

Jess McMahon died two years later and was replaced by his son, Vince McMahon Sr. But that didn’t stop the company from finding success right out of the gate.

They joined the National Wrestling Alliance (NWA), which, at the time, was the dominant wrestling association in the country. But the CWC soon came to dominate the NWA, and following a dispute in the early 60’s the CWC broke away to start its own association, the World Wide Wrestling Federation.

Things were simple in the early days of the WWWF. Most events were nothing more than a babyface champion beating up on a variety of hapless heels.

But those babyfaces became icons of professional wrestling. We’re talking about the likes of Bruno Sammartino, Pedro Morales, and Bob Backlund, each of which enjoyed long reigns as world wrestling champions in the early days of the WWWF.

The WWWF also had the advantage of operating in the Northeast United States. This was a part of the country with a large population and, thus, a lot of potential wrestling fans. And the WWWF made sure the NWA never stepped on their turf.

From there, Vince McMahon set out to turn WWF into a global empire. Being the world leader in professional wrestling didn’t satisfy him. He wanted to have complete control of the market.

In his own words, “in the old days, there were wrestling fiefdoms all over the country, each with its own little lord in charge… I, of course, had no allegiance to those little lords.” And thus began the golden age of the WWF.

The WWF started syndicating their events across the country, not just in the northeast. And they started crowding out any would-be rival wrestling organizations.

At the same time, McMahon hired the first superstar of the golden age, Hulk Hogan. Hogan came from the American Wrestling Association and already had national appeal in part for his appearance in Rocky III.

But to really make the WWF a global empire, McMahon needed more than stars and TV deals; he needed his wrestlers to leave the northeast and tour the country. Where would he get the money for such an endeavor?

In 1985, McMahon created the first WrestleMania. Billed as the Superbowl of professional wrestling, WrestleMania was a nationally televised pay-per-view event meant to generate the money needed to take over the country.

The success of WrestleMania forced the rest of the wrestling “fiefdoms” to band together under Jim Crocket Promotions. But it was too little too late. The WWF had become the home of professional wrestling.

But their undisputed reign didn’t last long. In the 90’s, the WWF started to feel the heat of increased competition as the World Championship Wrestling (WCW) began to grow.

Competition With the WCW

In 1996, Hulk Hogan and a band of other former WWF wrestlers started their own stable called New World Order (NWO). NWO was in the WCW, and the stable’s star power gave WCW the boost it needed to challenge WWF’s dominance.

This competition was ultimately a good thing for the WWF. It forced Vince McMahon to modernize his operation. He began focusing on more realistic characters with more creative storylines.

A new group of stars, the most prominent of which was Stone Cold Steve Austin, helped usher in a new age. At the same time, the WWF debuted the event “Raw is War,” and they were soon back at the pinnacle of professional wrestling.

WWF continued to grow, and in 1999, its parent company Titan Sports went public on the New York Stock Exchange. Finally, the WWF bought the WCW and the rivalry was over.

In 2002, the WWF lost a lawsuit against the World Wildlife Fund (which also used the initials WWF) and had to give up the name. This was a blow to merchandising but the WWE survived intact. (Bizarre right? And there are many more fun WWE facts where that came from.)

For the last two decades, the WWE has been the only show in town and it’s had a seemingly unlimited supply of talent. It’s continued to expand, creating new events such as Money in the Bank and Hell in a Cell and new stars such as Brock Lesnar and John Cena.

And that brings us to the modern WWE. Over the past couple of years, the WWE has entered what it refers to as its “New Era.” It features new stars, new events, and tons of promise for the organization’s future.

If You Liked That, Keep Reading

If you enjoyed that look at the history of the World Wrestling Entertainment, be sure to check out the rest of the great content on our blog.

We have tons of great information to help you live your very best life.

The Beginner's Guide to Making Money With Real Estate